It was in 1868 that Mr. Melchizedick James, a Cornishman by birth, married a French Lady in Guernsey and in the same year moved to Poole, where he purchased No. 60 Denmark Road from a stonemason for £190, the property being leasehold and enjoying a Ground Rent of £2.50 p.a.

He was described as a bookseller, but in 1873 he decided to set up in business as an Estate Agent with his sons in both Bournemouth and Poole. In 1900 the firm opened a third office in Parkstone and in 1908 a fourth office in Southbourne. 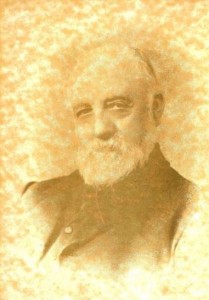 Several more offices were to open, but only to be closed due to staffing problems during the Second World War, until only the Poole Hill office remained. Tragically Mr.F.C.James was killed by enemy action along with the founders first son, Mr.J.B.James.

In 1945 two new partners joined the firm, Mr.Dancy a Chartered Surveyor and Miss Bond, the firms Accountant. In 1951 Mr.R.C.James retired and Mr.W.J.Trim became a partner. In 1961 Mr.J.D.Wright became a partner and the Parkstone office was re-established.
Various partners joined the firm in subsequent years, until in 1987 the Eight offices were acquired by The Halifax Building Society.

The commercial property department was re-acquired in 1992 from The Halifax Building Society by former partner Mr R A Lees FRICS MCIArb (who had been a partner for 18 years in James and Sons) and Mr S J Walsham BSc FRICS ACI Arb who had been with the firm since 1985. The original James & Sons name and tradition was re-established. Mr Lees retired in July 2001 and Simon Robertshaw and John Smith BSc FRICS CChem MRSC FNAEA joined Mr Walsham as partners with the opening of a second James and Sons office at 277 Ashley Road, Parkstone, Poole BH14 9DS.

The current partners are Simon Walsham and Peter Davy and James and Sons continue to trade from Poole.

We are currently working on an expanded history of the firm and are working through the records we have but would be pleased to hear from anybody who may be able to help us with pictures or anecdotes. Please contact Simon Walsham or e-mail simonwalsham@jamesandsons.co.uk